A Bear came to Campus and got an Education 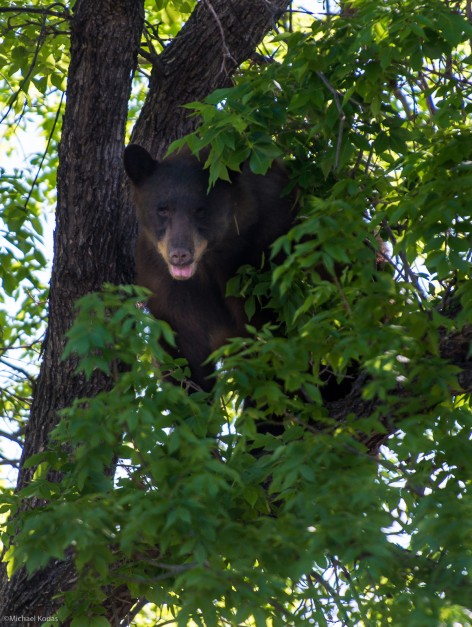 Early this morning a bear climbed a tree near CU Boulder’s Bear Creek apartments. Carolyn was working on a video on the “Buff Bus” that serves the apartments and the nearby Will Vill high-rise dorms.  Drivers of the buses were warned of the bear, which was on a tree limb that overhung the road they had to travel. They made dozens of passes by the tree with the bear, although switching to the left side of the road to keep from traveling directly below the bruin. A few dozens students stopped along a nearby bike path to watch and make pictures until, shortly before noon, the bear was tranquilized and dropped from the tree onto a huge crash pad, then relocated.