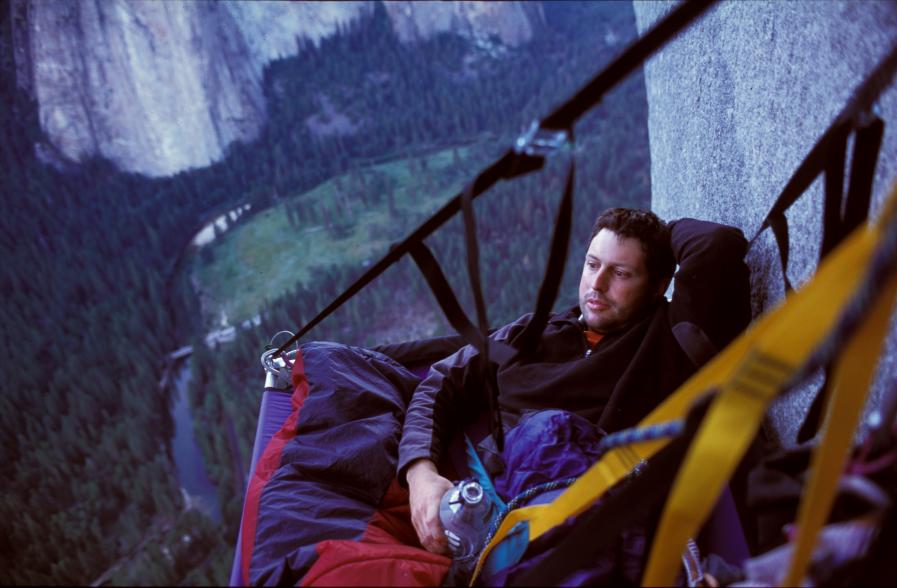 Dave Fasulo relaxes in his portaledge during a climb of the Zodiac route on El Capitan, a 3,300-foot-tall cliff in Yosemite National Park. 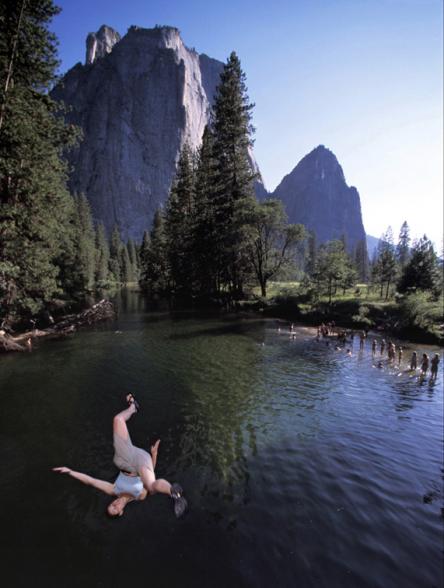 A leap from the bridge over the Merced River in Yosemite National Park. 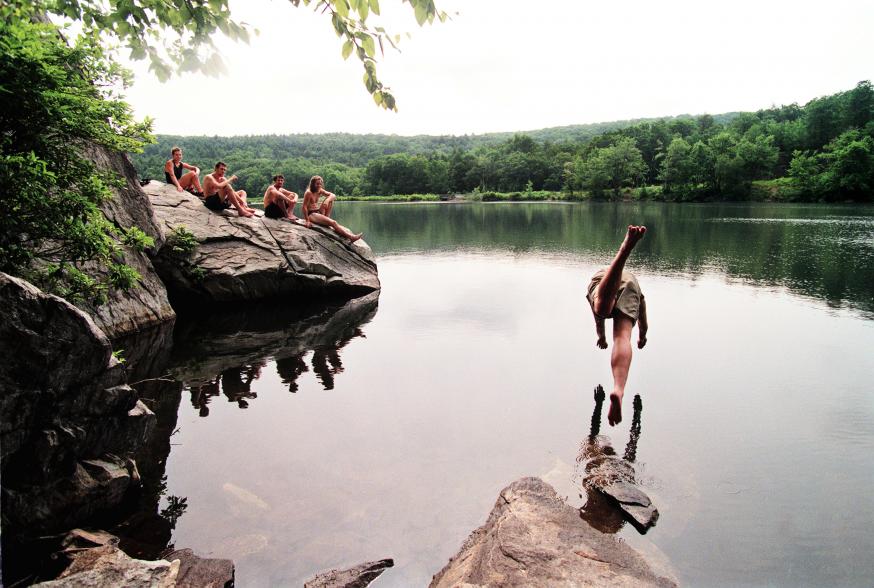 During a 100-degree heat wave Tanner “Wayah the The Wolf” Critz dives into Lake Canopus along the Appalachian Trail in New York during his thru hike of the trail. 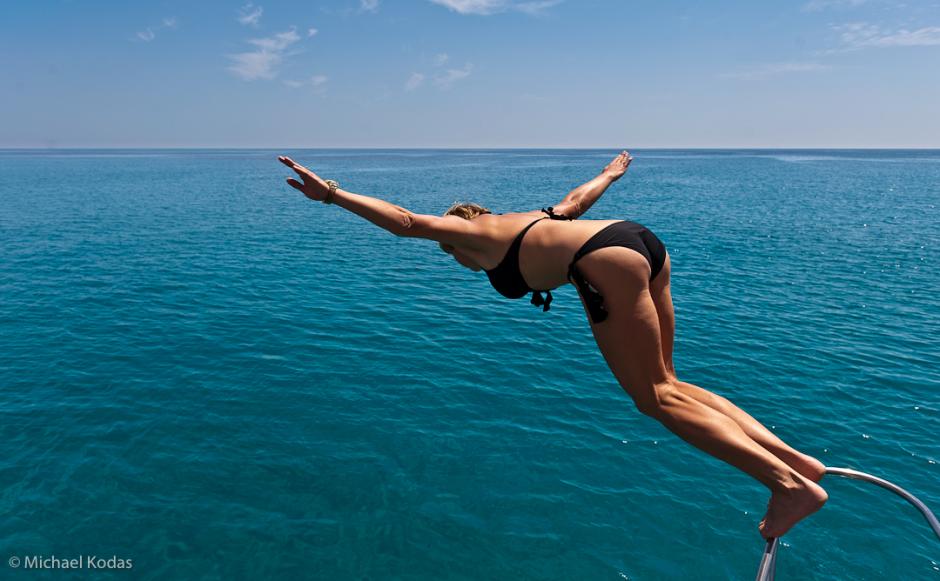 Alicia Christopoulos dives from the sailboat where she is the mate, cook, and wife of the captain into the Aegean Sea. 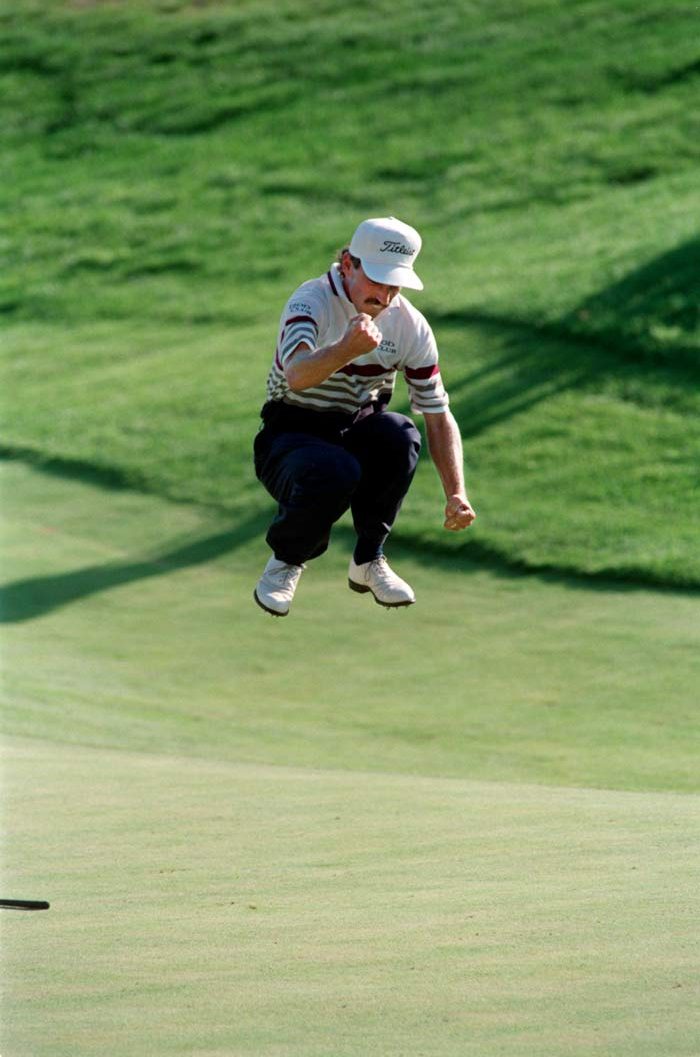 Corey Pavin jumps for joy after sinking a put on the 18th hole to tie up the Greater Hartford Open PGA event. 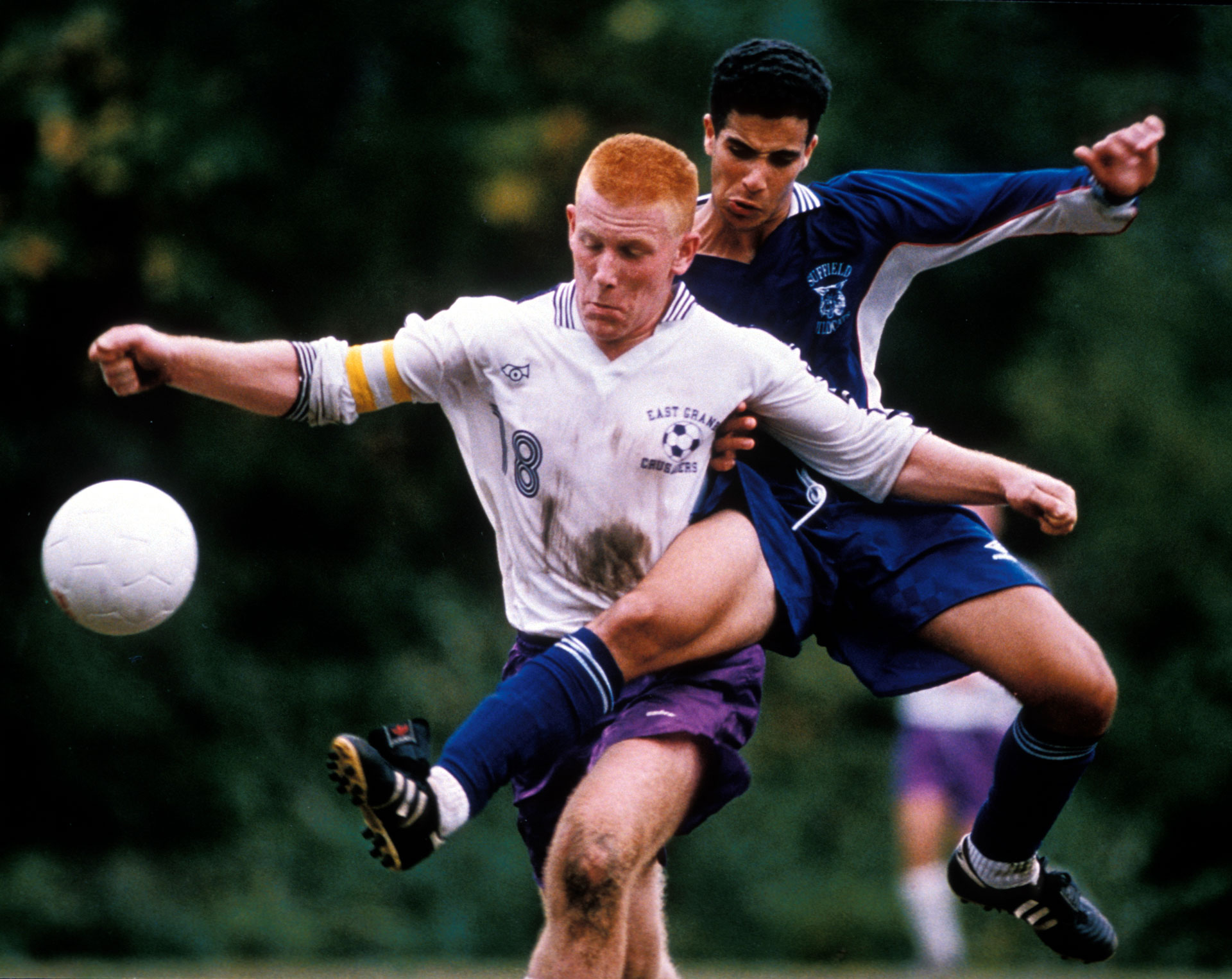 Boulderer Chris Tacy launches for the top of a boulder in Tuolumne Meadows of Yosemite National Park. 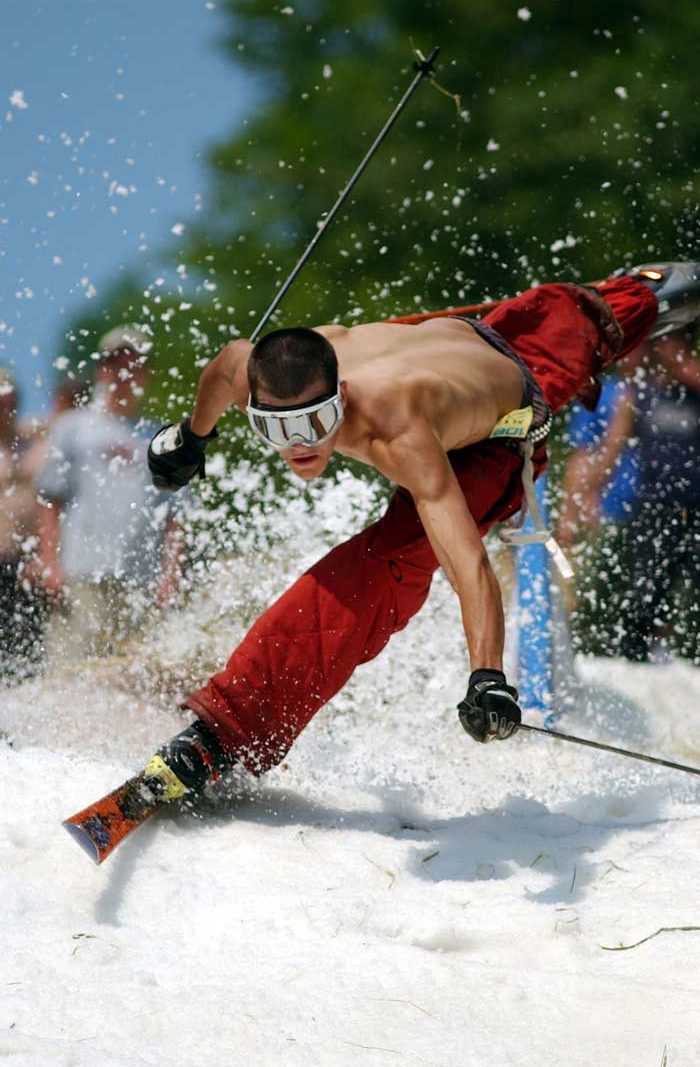 Kevin Malone, of Mammoth Mt. California and Killington, VT, heads into a tumble after sliding across the rail set up in the middle of Tenney Mountain Resort's 1200-foot ski run opened for the Fourth of July snowboard and ski competition. The resort used its snowmagic machine to make snow through the summer and the Tenney Mountain "Glacier" was open through August. 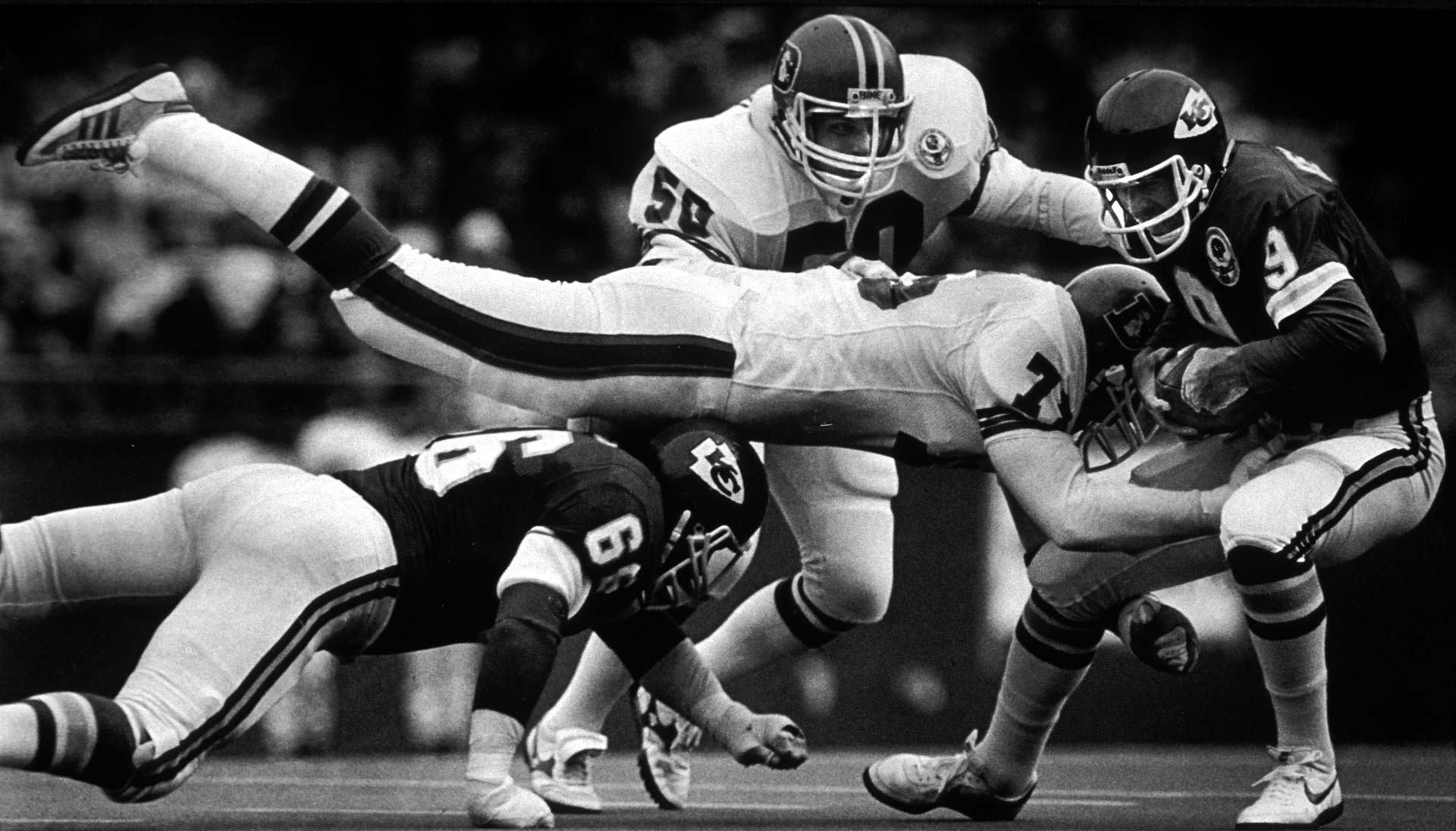 The Denver Broncos vs. The Kansas City Chiefs, 1985. 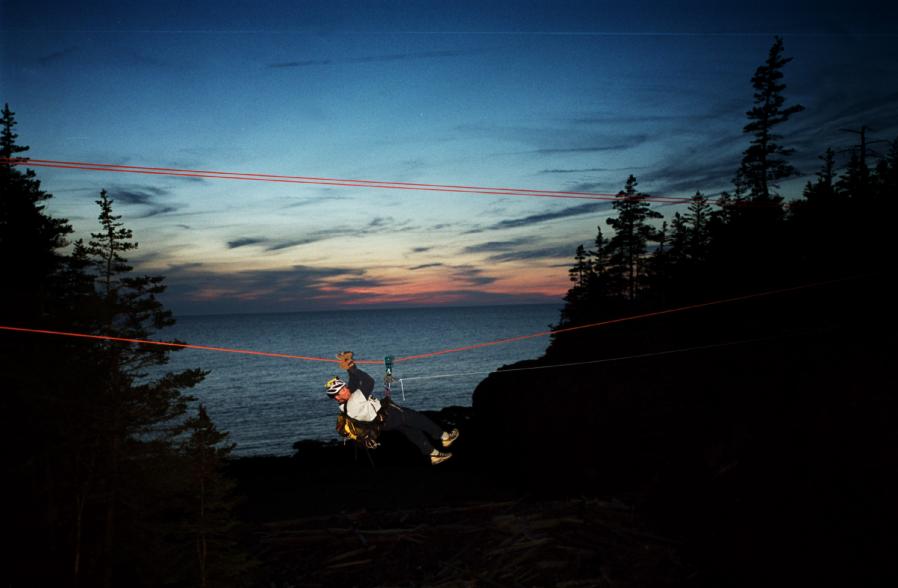 A competitor in the Raid du Nord adventure race crosses a tyrolean traverse as the sun sets over Nova Scotia. 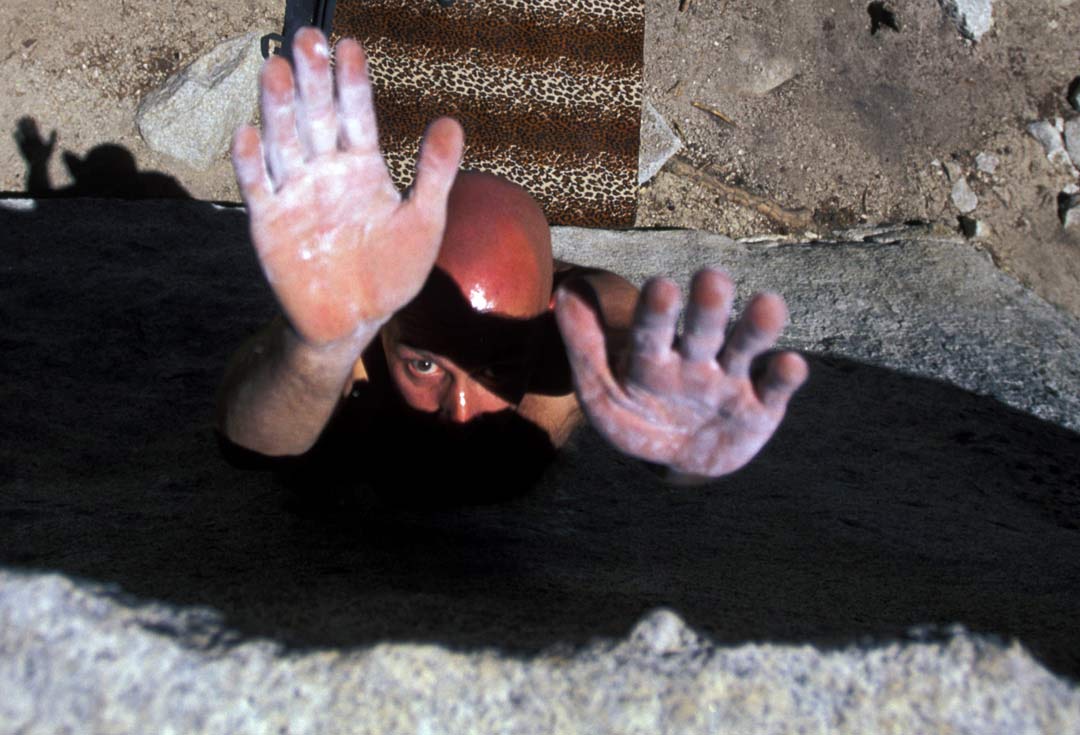 Boulderer Chris Tacy launches for the top of a boulder in Tuolumne Meadows of Yosemite National Park.
All Photos