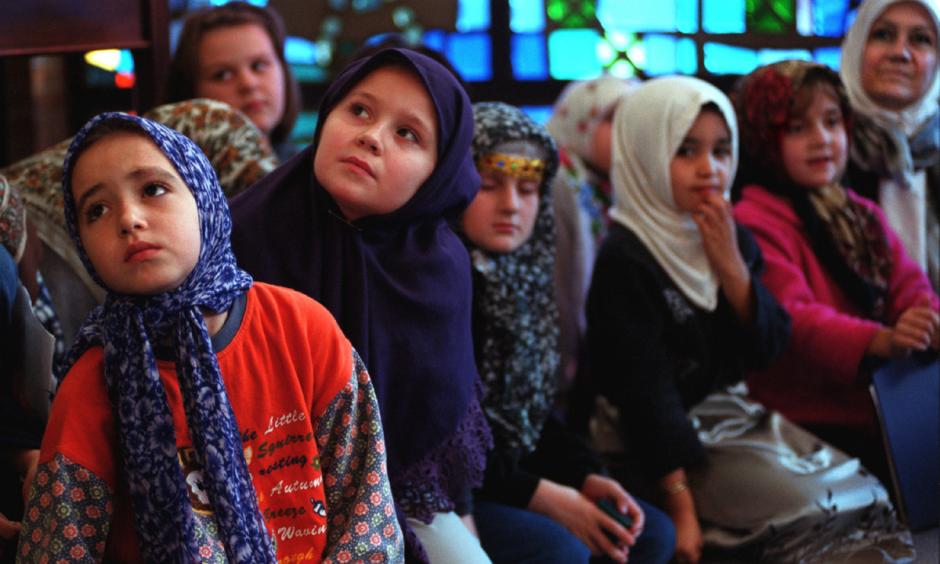 A Light in the Darkness

Child refugees from the Bosnian war are introduced to the chapel that has been converted into a mosque for them upon their arrival in Hartford, CT. 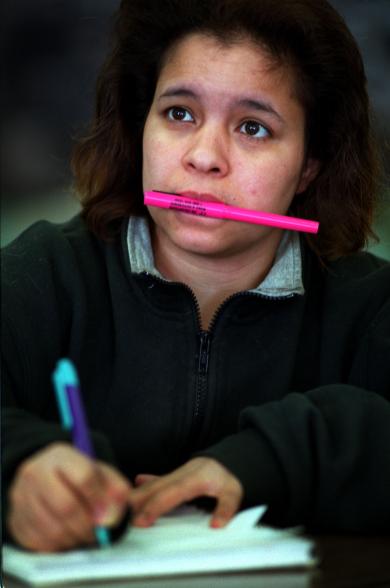 Irma DeJesus, of Hartford, works on a writing exercise from a display board in the Literacy Volunteers of Greater Hartford at the Clark School Family Resource Center in Hartford Thursday morning. DeJesus, who has been learning to read through the program, is now writing her own poems. 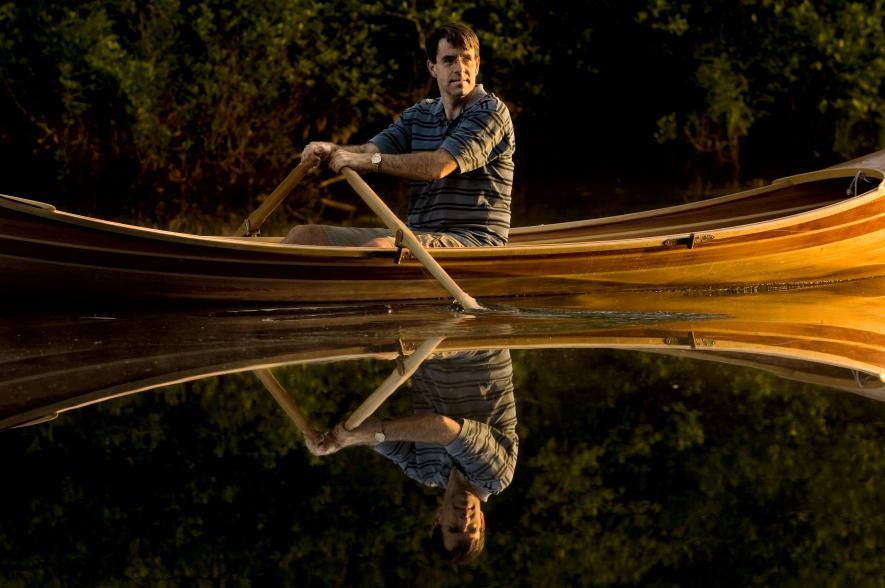 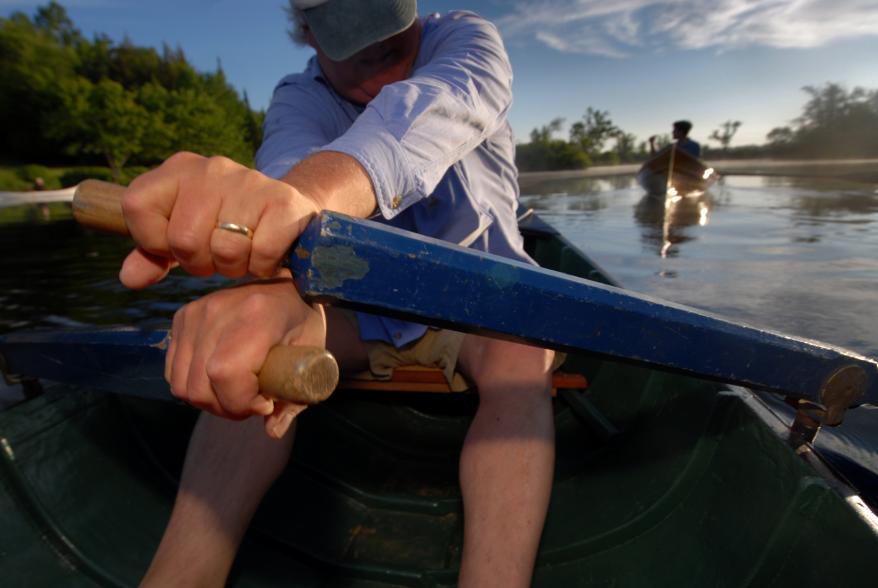 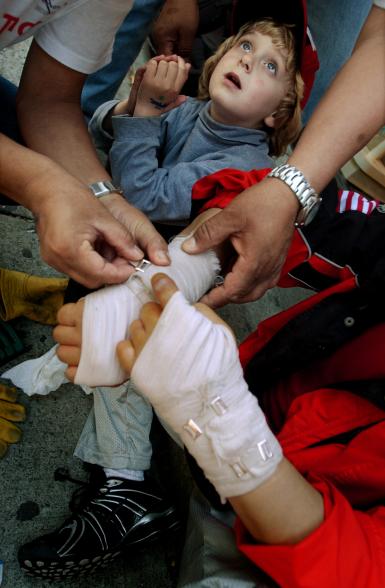 A boy along Broadway in Manhattan, NY, watches as a Sherpa who moved from Nepal to New York has his hands wrapped while crawling the length of Broadway as a show of humility. 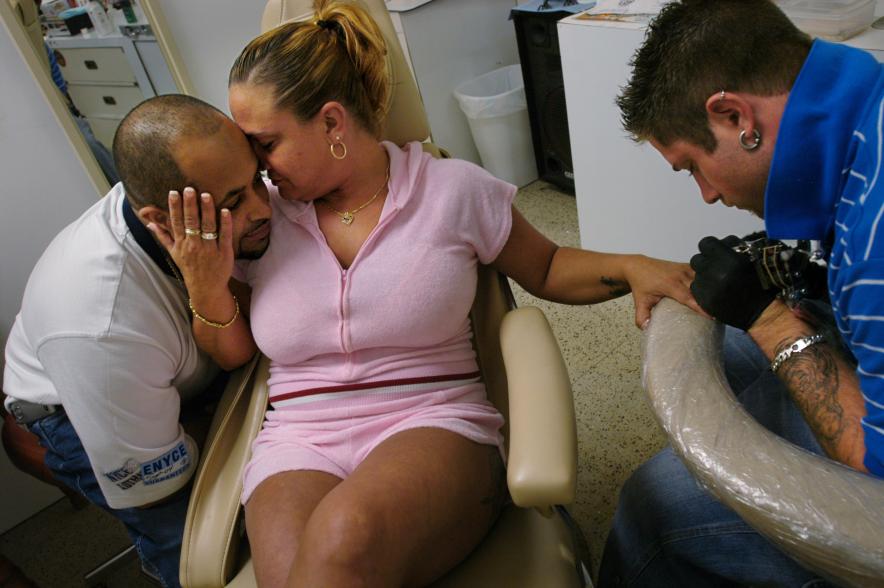 Harold Torres, left, and Denise Torres (CQ), who were married at the Wells Springs Church in Kensington Sunday, woke Monday with the day off and decided to have one last ceremony to commemorate their marriage - having each others names tattooed on their ring fingers by Jonathan ' El Paco" Mauzey at Ride the Needle tattoo and piercing parlor in New Britain Monday afternoon. As they left the studio, Haydee Espada praised their decision to get their tattoos at the same time. Espada, of Hartford, was getting rid of the tattoo of an ex-boyfriend. "Make sure that the love you have for the name you get on your body is the same love that person has for you," she said. The Torreses were confident that they did. 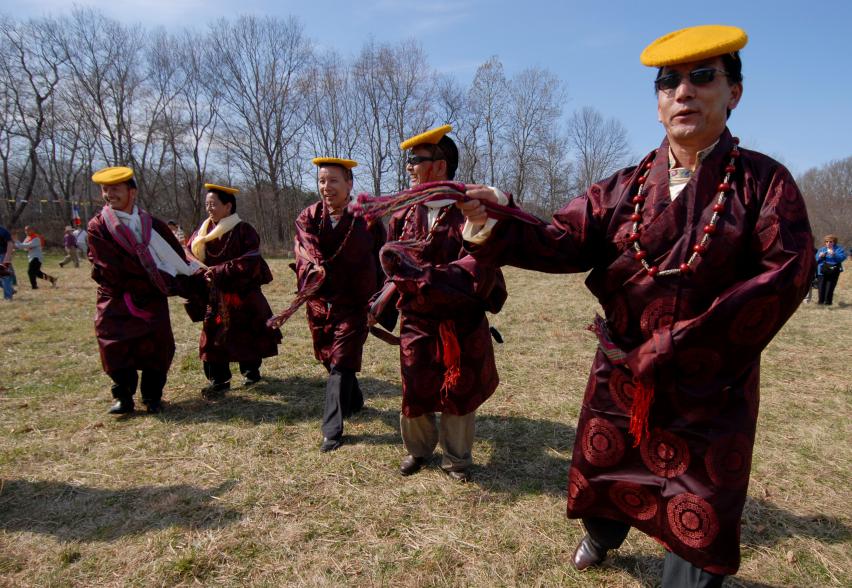 Tibetans visiting Old Saybrook Connecticut dance in celebration after the dedication of a Buddhist stupa in the town. 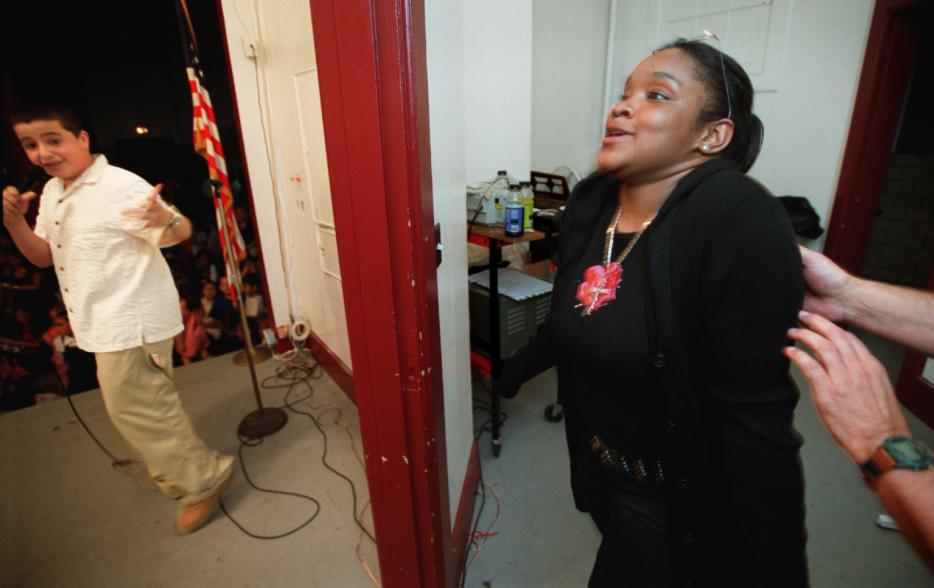 Backstage Tuesday night at the Cavalcade of Stars 2002 - the St. Augustine School talent show in Hartford - Shanice Leslie, 14, an eighth grader at the school, right, gets a bit of a push out of the stage door as the show's Master of Ceremonies, Daniel Martinez, left, 14, also an eighth grader at the school, calls her out to take a bow. Leslie, who worked backstage through the show helping all of the other acts get on and off stage, was a bit shy when her turn came to take a bow. 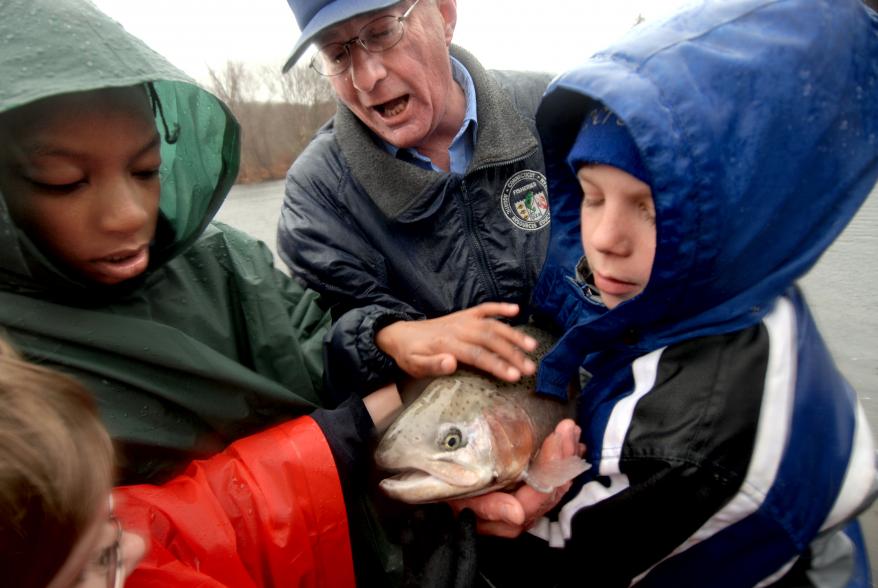 Children assist a Connecticut Department of Environmental Protection worker who was stocking trout into a Connecticut Lake in Bolton, CT. 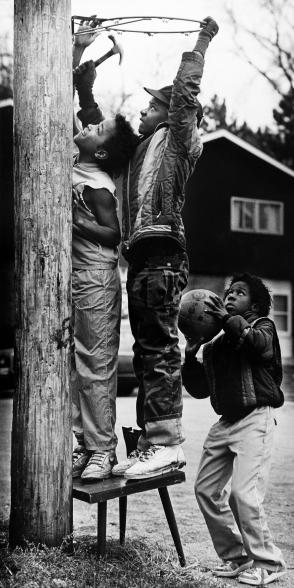 In Kansas City, MO, James McIntosh, left, holds the hoop as Rodja Pearson pounds in the nails to hang it and Raimor Darrington, looking like he's waiting to take the first shot, is really bouncing the ball off the back of Pearson's head. 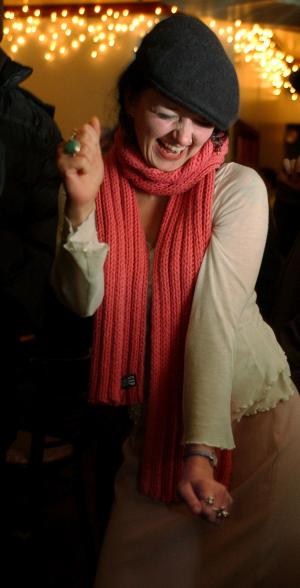 Hartford, Connecticut, jazz singer Emma Walker, dances during a show at Kenney's restaurant, which was spearheading a jazz revival in the city. 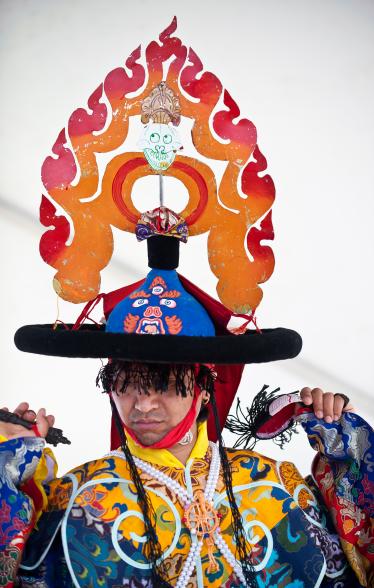 A Tibetan Black Hat Dancer performs the traditional dance at Tibetfest in Goshen, Connecticut.
All Photos